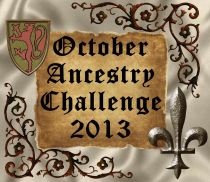 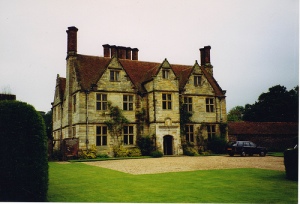 Are there enough Thomases and Johns to confuse you yet? Me, too! That’s why I’m going to leave the relationship between me and Thomas 2nd Lord Culpeper up to you. He’s either a cousin or an uncle or something, but it makes my head spin. 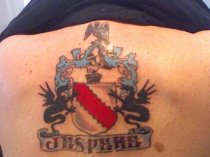 The most important part is Lord Thomas had no sons, so the Culpeper family crest died with him, as a crest is traditionally given to a son. I figured since nobody was using it, nobody would mind if I did, so here’s my Culpeper tat on my back. The bottom is French and means “I hope.”

Okay, on to Lord Thomas Culpeper, 2nd Baron of Thoresway… 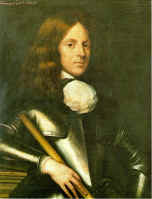 Lord Thomas Culpeper, 2nd Baron Thoresway (left), was the son of Judith and John Culpeper, 1st Baron of Thoresway. As a royalist, his father left England at the end of the English civil war following the execution of King Charles I. Lord Thomas lived with his father in the Netherlands and there on 3 August 1659 married the Dutch heiress Margaretta van Hesse. (pictured below) 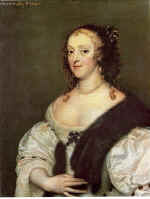 (On a weird note, my trophy husband’s last name is Hess, but I’m sure he’s German, not Dutch.)

In July 1677, upon the death of Virginia Governor Sir William Berkeley, Lord Thomas became governor of Virginia but did not go there until 1679. While in Virginia, he seemed more interested in maintaining his land than governing, and he soon returned to England, though he did continue to serve as an absent governor until 1683. 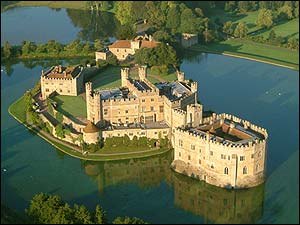 Culpeper’s marriage to Lady Margaretta was not a happy one. She lived at Leeds Castle (photo), and Lord Thomas lived in London with his mistress Susannah Willis and their two daughters. He died in his house in London on St. James Street and left a will in favor of Willis, which Lady Margaretta had suppressed. I assume Lady Margaretta didn’t even find out about the death for quite some time after it occurred. I also have reason to believe her daughter Catherine (mentioned below) may or may not be the child of her husband, but you can read about that scandal in my book “John Culpepper, Esquire,” the third book in the Culpepper Saga. 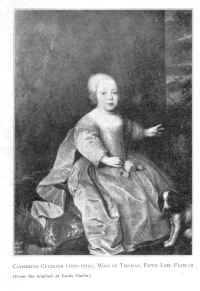 Lord Thomas’s only child with Lady Margaretta was a girl, Catherine Culpeper (pictured as a child), and thanks to her mother’s diligence getting the will suppressed, young Catherine inherited much of her father’s wealth. A year after his death, in 1690, Catherine married Thomas Fairfax, 5th Lord of Cameron (pictured below – look at those pouty lips!), thereby transferring the Culpeper wealth into the Fairfax family. The Culpeppers and Fairfaxes shared a long history of clashes, beginning with battling in the English Civil War in the 1640s when 3rd Lord Fairfax (Thomas Fairfax’s grandpa) was a General in the parliamentarian army and the Culpeppers (Catherine’s great uncles) were Royalists in the service of the King. You can read one of those stories here. I imagine a Fairfax/Culpepper marriage was quite a scandal in both families, so he either married her for her castle or for true love. Either way, you can imagine I’ll turn it into a book someday. 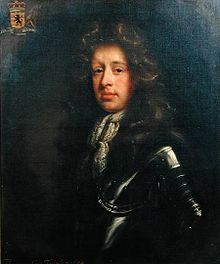 In Virginia, both Culpeper County and its county seat, the town of Culpeper, Virginia, are named for Lord Thomas Culpepper 2nd Baron of Thoresway. 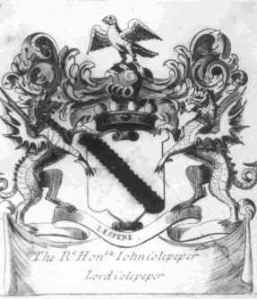