I’ve been tagged in The Next Big Thing.

The Next Big Thing is a blog interview for authors to give everyone a sneak-peak at a work-in-progress.

What is the working title of your next book?

Working on the cover…. 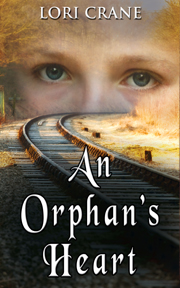 Where did the idea come from for the book?

I finished writing a historical fiction novel called “Okatibbee Creek,” where Mary Ann finds herself alone during the Civil War, raising her four children and her brother’s five orphans. One of the orphans was Ellen. While I was researching the orphans (yes, “An Orphan’s Heart” is also historical fiction), I found that Ellen moved around a lot by herself, and I was intrigued with a woman traveling alone at that time in history. I also found that she had only one child who lived until 1986 and died at the age of 98. Ellen and her daughter spanned U.S. history from the Civil War until relatively recently, which I can’t quite wrap my head around. I ended up speaking on the phone with the daughter’s grand-daughter, who is currently 73 years of age and living in Abilene, TX. After that, I was hooked on telling Ellen’s story.

What genre does your book fall under?

Which actors would you choose to play your characters in a movie rendition?

Zooey Deschanel for the lead and a bearded Matt Dillon as her husband.

What is the one-sentence synopsis of your book?

Ellen, with the broken spirit of an orphan and the soul of a gypsy, travels alone across the late 1800s rugged and dangerous United States, searching to ease the loneliness that fate has burrowed into her heart and hoping to find the only thing that is truly important…love.

Will your book be self-published or represented by an agency?

How long did it take you to write the first draft of your manuscript?

It took about five weeks. I worked on it every day. I tend to write just the story, then go back a second time and describe the people and environments. I go back a third time and add color, description, more conversations, and connect all the dots. Usually somewhere in the second pass, the story changes direction. I don’t know why that always happens, but I get more clarity of the plot and the characters after the initial rough draft is completed. The fourth time through is my author edit. I then send it to a real editor, and when I get it back, I can freshly see the holes and connect even more dots. Then the proofreader. Then I go through it about three more times in different formats. By the time it’s finished, I never want to see it again.

What other books would you compare this story to within your genre?

I don’t know a specific work, but I imagine any female character trying to make it on her own, especially with the flavor of the Old West.

Who or What inspired you to write this book?

I love genealogy and am completely in awe of my ancestors. I laugh, cheer, and cry as I give them life through their documents and records.

What else about your book might pique the reader’s interest?

This is the second book in the Rodgers family series. The first, “Okatibbee Creek,” will be released in paperback and Kindle December 2012. If you fall in love with those characters like I did, you will also want to read “An Orphan’s Heart,” to continue the love affair. (Shameless plug: There will also be a third book in the series, “Elly Hays,” coming Fall 2013.)

Now, I’m off to tag five more authors to write posts of their own about their Next Big Thing. Stay tuned for details once they have all agreed…