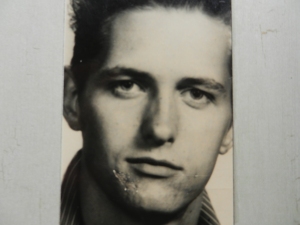 Andrew Frank “Andy” Crane was born in 1940 in Mississippi to Andrew Frank Sr and Azalea Pickett Crane. He was the only son of the union and had one sister. He married Linda Faye Culpepper on August 15, 1960 at the age of 20, she was 15. He worked as a carpenter at L.B. Prister and Co.

Two years later, they had “me,” and I am the only child of the union.

The marriage didn’t last long, and by 1966 he was living in Tennessee and married for the second time. In that marriage, he had two sons. He was an avid duck hunter and loved to operate his ham radio. He also played guitar. His guitar now belongs to my brother and has been passed on to my niece who seems to have the same music bug I have.

He died on October 31, 1994 of complications following a removal of a pituitary tumor. He is missed by his children and by his seven grandchildren whom he never had the pleasure of meeting.