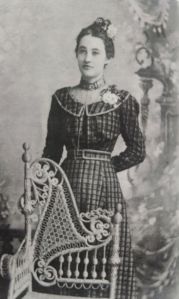 On This Day in 1882, my great great aunt, Ora Wedgeworth Culpepper was born to Howell Joel “Hobby” Wedgeworth and Martha Morrow in Lauderdale County, Mississippi. She was the youngest of eight children with only one other girl, the eldest. 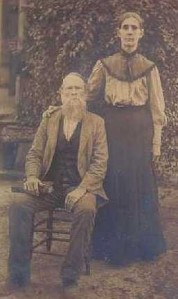 Prior to Hobby marrying Martha, he had been previously married to Elvira Hughens. They had one daughter in 1858, and Elvira died in 1860. I don’t know who raised the girl after that, as Hobby went off to fight with the 5th Mississippi Infantry Company K and was captured by Union soldiers at the Battle of Franklin, Tennessee (where I currently live) on November 30, 1864. He spent the last six months of the war at Camp Douglas, Illinois as a prisoner of war. His father, Rev. Joel Walker Wedgeworth, went to pick him up after the war ended, and it was said his father didn’t even recognize him because he was so thin. One can tell just by looking at this photo of Hobby and Martha, they were very strict parents. 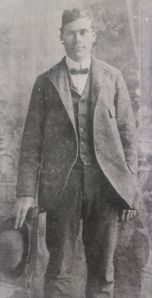 On November 2, 1904, Ora married Joseph Floyd Culpepper, my great grandpa Sam Culpepper’s brother, and between 1905 and 1926, they had eight children, five girls and three boys. 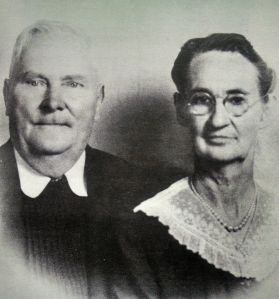 Ora lost her husband to pneumonia on August 1, 1951. She never remarried. She died May 15, 1966 at the age of 83. They are buried at Memorial Park Cemetery, Winston County, Mississippi.