This challenge is set forth by No Story Too Small,

and this week’s challenge is “How do you spell that?”

Most of my family comes from England and Ireland, so the names are very pronounceable. I have a maternal Choctaw Indian great-grandmother in my history, but in 1801, the Treat of Fort Adams was signed, giving 2.6 million acre of Choctaw land in Mississippi to the U.S. Government. By 1830 and the signing of the Treaty of Dancing Rabbit Creek, a total of 23 million acres had been ceded to the government. The Indians were relocated to Oklahoma, but the ones who didn’t go assimilated into the white European culture and gave up their Indian names. I’m sure her father or grandfather had an unusual name, but I will never find out what it was as the Choctaw people didn’t keep good records like the Cherokees did.

So, that leaves me with two choices for this blog. 1) A host of men in my family who have the name Bluett/Bluitt in their lines, or 2) the explanation for Colepeper/Culpeper/Culpepper.

The name began as “de Culpeper.” The French translation of “de” means “of” referring to a place, and “cul” means “the bottom.” Hopefully, it means the bottom of a hill or a road, and not the bottom of your rear end. 🙂 One of the first family manors sat at the dead end of Pepenbury, and we assume Peper is a slang/shortened translation. Eventually, the “de” fell out of fashion, and the name became simply “Culpeper.”

There is some suggestion that the name had something to do with peppers, either farming them or selling them, but the first known Culpeper in 1170 held an office, so he was probably Norman as the Normans were in control politically at that time. This leads us to believe the name had nothing to do with any Anglo-Saxon practice of selling vegetables.

From 1400s to 1600s, many members of the family used “Colepeper” interchangeably with “Culpeper” though I have no idea why, except for the fact that spelling wasn’t standard.

There are a few ancestors who traveled to America and left their mark: 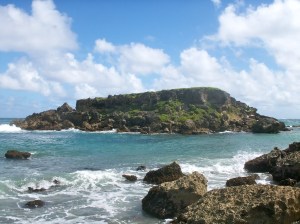 Mid 1600s – My 10th great-grandpa, John Culpeper, and his sons and nephews ran a merchant route between England, Virginia, and Barbados, and there is an island off the coast of Barbados called “Culpepper Island” which is pretty much an uninhabited rock.

Late 1600s – Lord Thomas Culpeper 2nd baron of Thoresway (the above guy’s cousin) was a governor of colonial Virginia, and there is a town and a county named after him—Culpeper, Virginia and Culpeper County, Virginia. That’s better.