This challenge has been set forth by No Story Too Small and this week’s theme is “Easy.”

I became interested in genealogy as a teenager when I found my mother’s family had been traced all the way back to John Culpepper, born 1140 in Kent, England. Since the Culpepper men were traced, it was a lot of fun to branch off into wives and siblings and cousins, and I eventually traced one of the Culpepper wives back to King Charlemagne. I’ve been hooked ever since!

Let’s see if I can put together a quick synopsis of the Culpepper men in a countdown to me. 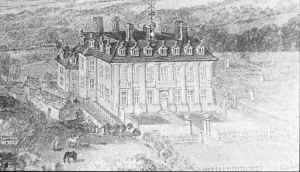 25. Sir Thomas the Recognitor Culpepper 1170 Kent – Sussex His home was Bayhall Manor (photo). He was the recognitores magnae assise during the reign of King John.

20. Sir Thomas of Bayhall, Hardreshull, and Exton Culpepper 1356 Warwickshire – 1428 Kent Given the home of Great Wigsell (photo) as a wedding gift from his father. (He is also an ancestor of my husbands – ugh – see the blog linked to Sir Thomas’s name.)

6. Rev. Joseph M Culpepper 1822 Jackson Co, Georgia – 15 Aug 1862 Columbus, Mississippi Baptist minister who served in the civil war but is said to have died in the pulpit while preaching.

5. Joel Bluett Culpepper (photo) Jan 1845 Mississippi – 11 Jan 1911 Jefferson Davis Home for Confederate Soldiers in Biloxi, Mississippi. Joel served in the civil war Co. K 63rd Alabama infantry. He was captured and held at Fort Massachusetts on Ship Island until the end of the war. Under his rights as a Confederate veteran, he spent the last ten months of his life at Beauvoir. 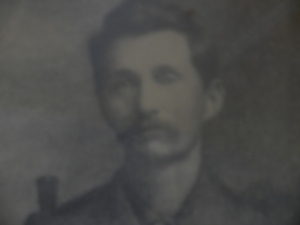 4. William Samuel Culpepper (photo) 8 Jun 1873 Alabama – 10 Dec 1939 Mississippi Sam was a sawyer and followed the sawmill business, being away from home for months at a time. He loved music and was a strict but loving father.

3. Earl Wilmar Culpepper 24 Dec 1914 Mississippi – 5 Mar 1994 Mississippi Earl worked at Burnley Shirt Factory in Meridian, MS and loved music. He could play any instrument he picked up. He died of pneumonia following a stroke at the age of 79.

2. Linda Faye Culpepper 25 Aug 1944 Mississippi – 12 Jul 2001 Michigan Linda was a cardiac nurse. She died of internal injuries after falling from the balcony of her home.