Occasionally, I write blogs about a coming book or an historical character I’ve been bringing to life. I guess I’m always in the moment or in the future. I seldom take time to reflect upon the past.

As I was moving items from my old computer to my new computer, I was glancing through some old folders on my desktop, and I realized I usually don’t brag about milestones or awards.

My very first book was Okatibbee Creek. It’s the story of a woman who survived the Civil War, though dozens around her perished, either through illness or war. In 2013, the story won the Bronze Medal in Literary Fiction at the eLit Book Awards. It also received Honorable Mention in Regional Literature at the Great Midwest Book Festival.

Also in 2013, my book Elly Hays received Honorable Mention in General Fiction at the Great Midwest Book Festival, and the cover (my design!) placed as a semi-finalist at Authors dB Book Cover Contest. In 2014, it was named as one of the 50 Indie Books Worth Reading at Indie Author Land.

One of the best awards also came in 2014. My book An Orphan’s Heart was a finalist in the Eric Hoffer Awards! I was so happy about that one, even though the story didn’t go on to win the top prize. 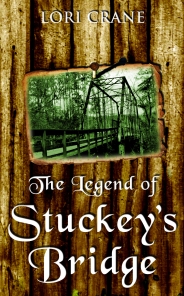 The best is yet to come. It’s not an award, but it’s definitely cool. My book The Legend of Stuckey’s Bridge will be featured on the Travel Channel in October on a show called America’s Most Terrifying Places. I’m super excited about that!! 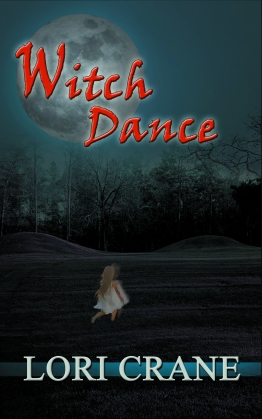 Okay, back to the present.

I’m currently in final draft for my coming book Witch Dance. It will be available for pre-order August 1st, and the official release date is September 15th. Sometime between now and then, I’ll get organized with a Blog Tour and a Facebook Release Party. More details as I get them together.

Thanks for indulging me in this nostalgic journey. I guess it’s good to step out of the present and look back with gratitude at how awesome life really is.

If you’d like to check out any of those books, click on Lori’s Books at the top of this page to find out more or pop over to Amazon, Barnes & Noble, or iBooks. Okatibbee Creek is also available on audiobook at Audible.

Lori Crane is a bestselling author of historical fiction and the occasional thriller. Her books have climbed to the Kindle Top 100 lists many times, including “Elly Hays” which debuted at #1 in Native American stories. She has also enjoyed a place among her peers in the Top 100 historical fiction authors on Amazon, climbing to #23. She resides in greater Nashville and is a professional musician by night – an indie author by day.