I’ve been trying to do the A to Z Blog Challenge, but between work and getting the garden planted, I’ve been a little busy!!
Aaannnd, I got these chickens… 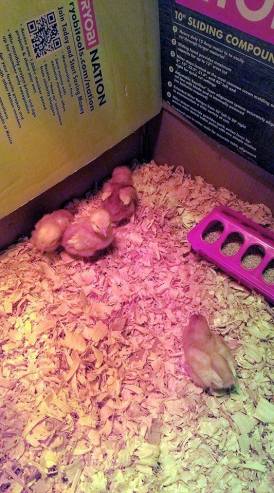 It seemed like a great idea, nice pets, fresh eggs, but darn if they haven’t sucked the last of the free time out of my life.
They were cute little peeps at week one, but you need to keep one-week-old chicks at 95 degrees, so I checked the temperature every hour for the first week.

By two weeks, I relaxed on the temperature a bit. They were very healthy. They were growing the cutest little feathers on their wings. Adorable!

They were eating more, and you know what that means…pooping more, so I cleaned out their “box” at least twice. We also began putting their coop together outside, deciding where to put their run and how to predator proof it. 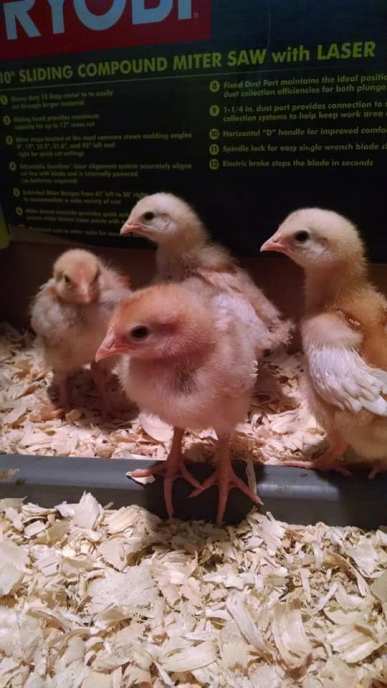 By week three, they were jumping on top of their water container and occasionally knocking it over. Wet chick bedding is NOT a good smell, and of course, the bottom of the box got soaked. I dumped all the Christmas items out of my gigantic Christmas tote and moved the chicks in there. While moving them, I let them play in a cat litter box filled with peat moss. They love to flop around in there and take a dust bath. By the time the tote was ready for them, they had the entire guest bathroom covered with peat moss. 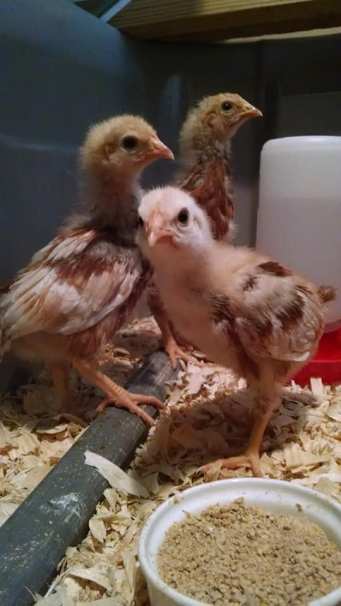 Week four began a race to the finish. They were quickly outgrowing their tote, and since they didn’t have all their feathers yet, they were looking like awkward teenagers. Without all their feathers, it’s not safe for them to live outside. The nights would be too chilly for them, and besides, the coop wasn’t finished.

Week six. Yay! Finally getting these chickens out of my kitchen. They are feathered. The nights are balmy. The Christmas tote has been washed out and disinfected and the Christmas items replaced. The coop is finished and officially named the “Taj MaHen.”

Now if we can just get the dogs to relax…