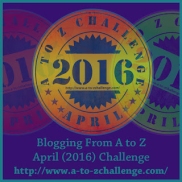 N is for Nobel, Alfred B.

Most people recognize the name Alfred Nobel as the founder of the Nobel Peace Prize, but who was this guy and why did he create the prize?

Alfred Nobel was born in 1833 and was a brilliant and notable chemist and engineer. In 1867, he invented dynamite which was used not only to help with construction, but mainly to create weapons. He instantly became a multi-millionaire.

In 1888, his brother, Ludvig, died while in France. Alfred picked up the daily paper which contained the obituary. However, the obituary wasn’t about Ludvig Nobel. It contained Alfred’s own name. Alfred was alive and well, reading his own obituary. The title of the obituary read, “The Merchant of Death is Dead.” The title shook Alfred to the core. It went on to say that Alfred became rich by murdering people. Did he want to be remembered as the man who facilitated death?

To counter the negative image, he wrote a will stating that upon his death, his money was to be used to set up a trust to honor people who excelled in areas such as science, chemistry, literature, and most importantly, peace.

Although the prize was created only to save his reputation, his name became synonymous with peace.

Did I mention he was brilliant?