I’m excited to participate in a different kind of blog tour today. It’s the Work in Progress Blog Tour! 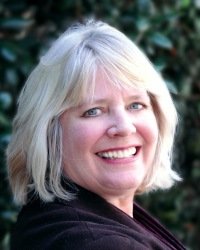 One of my favorite authors, PC Zick (photo), nominated me to share with you my current Work in Progress. Check out Patricia’s WiP on her blog HERE and her books on Amazon HERE.

The rules of the tour are:

Since I’m super late in joining the tour and my other author friends have already participated, I’m only nominating one writer, so you have no excuse but to check her out… 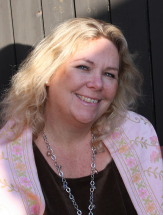 Anna Belfrage! Anna (photo) is an amazingly talented writer responsible for the eight-book “Graham Saga.” Check out her blog HERE and her books on Amazon HERE. 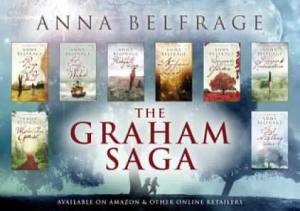 My current WiP is the second book in the Culpepper Saga. Our hero, John, is spending most of his time in the colony of Virginia, but his family is living in England under the dark cloud of a civil war. Here are the opening lines of the first three chapters of my WiP, “John Culpepper the Merchant,” releasing in May 2015.

The King marched into the room, unannounced. His footfall echoed off the stone walls as he paraded through the middle of an active session of Parliament and was greeted with stunned silence.

John Culpepper had been sitting idle in Jamestown for the last ten months. He had never tarried in Virginia for such a length of time before.

She sat idle, unmoving in the dim morning light. Her sails hung limp just as they had for the last two days. John restlessly stared across her bow at the unending sea of glass that lay before him. 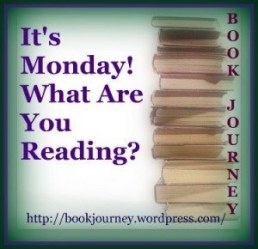 I’m reading yet another of my favorite authors… 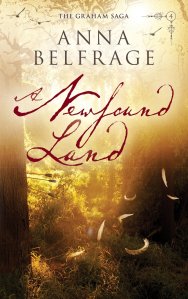 “A Newfound Land” is the 4th in the Graham saga. I would suggest you start at the 1st book, “A Rip in the Veil,” and set aside some time, because once you get caught up into the world of Matthew Graham and his time-traveling wife Alexandra, you will not want to stop reading. This story takes up where the 3rd book left off. Matthew and Alex were having trouble in their homeland of 1670 Scotland. Religious and political turmoil gave them no option but to pack and leave, and what better place to travel to than the new world – the Colony of Maryland? Unfortunately, some of their former adversaries make an appearance and the reader is left gripping the arm of the chair as the suspense builds, and new complications arise to increase the tension. We know these two are strong and steadfast, but we wonder how in the world they will make it through. It is a pleasure to see their children growing, and I look forward to reading the 5th book in the series, “Serpents in the Garden.” Keep ’em coming!

It’s 1672, and Matthew Graham and his family have left Scotland. Having taken the drastic decision to leave their homeland due to religious conflicts, Alexandra and Matthew hope for a simpler, if harsher, life in the wilds of the Colony of Maryland.
Unfortunately, things don’t always turn out as you want them to, and the past has a nasty tendency to resurface at the most inappropriate moments. Both Matthew and Alex are forced to cope with the unexpected reappearance of people they had never thought to meet again, and the screw is turned that much tighter when the four rogue Burley brothers enter their lives.

Matters are further complicated by the strained relations between colonists and the Susquehannock Indians. When Matthew intercedes to stop the Burleys from abducting Indian women into slavery he makes lifelong – and deadly – enemies of them all.
Once again Alex is plunged into an existence where death seems to threaten her man wherever he goes.

Will Matthew see himself – and his family – safe in these new circumstances? And will the past finally be laid to rest?

As a child, I spent a lot of time trying to find ways of travelling through time – always backwards – and somewhere along the way I concluded that while real time travelling is as yet (sadly) not possible, it is always possible to leap through time by using that most powerful tool, imagination.
I don’t know how many hours I’ve whiled away submerged in one daydream after the other, all of them set in the misty past, all of them starring yours truly. As a matter of fact, I still daydream, and my hourly walks with the dog tend to be one long delicious escape from the world of today to another place, another time.

The books in The Graham Saga (so far I’ve published A Rip in the Veil,Like Chaff in the Wind,The Prodigal Son, A Newfound Land, Serpents in the Garden and the NEW Revenge and Retribution – more is to come)are the products of very many hours of daydreaming – although at times I’m not entirely sure who is doing the actual daydreaming, my characters or myself. Alex(andra) Lind and Matthew Graham have grown into most tangible beings, people with likes and dislikes – and very exciting lives, putting it mildly. Which is why the story developed into a whole series, six of which have now been published (two more to come).

The latter half of the seventeenth century is rife with dangers, and even more so when you’re a woman who has been yanked out of your comfortable, modern timezone and dropped into 1658. But Alex is lucky; she lands at the feet of Matthew, a man most women would give an arm and a leg to get to know closely. Things, however, are complicated by the general political unrest of the times and Matthew’s present status as convicted (but fugitive) royalist. Phew; at times I almost feel sorry for all the situations I land Alex in.
“Tell me about it,” she sort of growls, “and it’s not you who’s got the bruises to show, is it?”
Erm, no; but I’m the author, remember?
“We can trade anytime,” she says.
Ooh yes, please! I nod eagerly, throwing Matthew a longing glance. Alex follows my look, and two well-formed brows come down in an impressive scowl.
“He’s mine,” she says.
Matthew raises his face and looks at her. Those magical hazel eyes shine gold in the afternoon sun, and a slow smile spreads across his face. She sort of dances towards him and I sigh; he’s definitely hers, I can see it in the way his fingers graze her cheek, in how he laughs at whatever she’s saying. Shoot…

The Graham Saga is a heady mix of romance, swashbuckling adventure and emotional drama. while each book has been written so as to make it possible to read them as stand-alones. I believe the experience is enhanced by reading them in order. Alex and Matthew have more than their share of adventures, both in Scotland and in the New World – more specifically the Colony of Maryland.

I like my female protagonists strong and capable, and Alex is nothing if not resilient, no matter what full blown punches fate throws her way – and they are many. And as to Matthew, well… the man is stubborn and brave, rarely back downs when it comes to issues of faith and integrity and is at times more than a little frustrated by his opinionated, time travelling wife.

It isn’t always easy, to bridge the divide of three centuries in perceptions and ideas. Some days, Alex wants to kick Matthew in the butt for being a old-fashioned jerk. Other days, Matthew is sorely tempted to belt her, this woman with eyes the colour of the deep sea. But the moment his fingers graze hers, the instant she steps into his arms, none of that matters: She is his woman, and he is her man – that is the way things are, that is the way things will always be!

Oh; BTW. For those of you that want to know when the next book in the Graham Saga, Wither Thou Goest, will be out, it is planned for November 2014. (The paperback will probably be available somewhat earlier than the e-book version)

I hope you choose to buy my books and that you find the reading as enjoyable as I’ve found the writing!