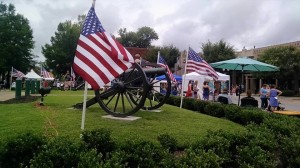 On the 4th of July, Trophy husband and I went into Franklin, TN for a small-town celebration. As per our usual behavior, we got sidetracked on the way home and visited two cemeteries and a Civil War memorial site. One of the cemeteries hosted the tomb of an unknown Civil War soldier which I had seen in a local documentary on television. I’ll let you read the inscriptions on the photo and be back in a minute…. 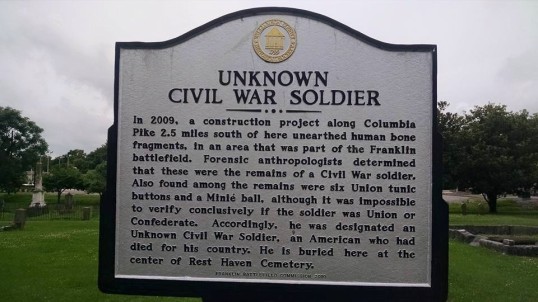 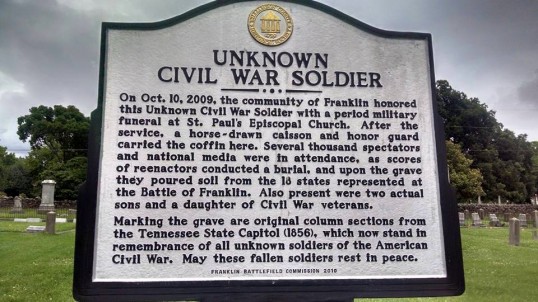 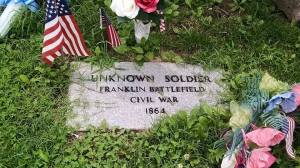 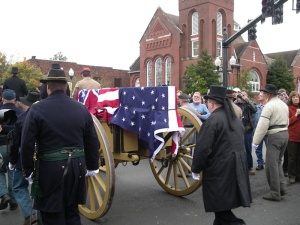 Here’s a photo I did not take of the events the day of his funeral. I love how the Confederate and Union flags were both draped across his coffin. You can see more pictures at CivilWarAlbum.com.

What has me so intrigued about this story is written on the bottom of the second sign, the one that starts with “Oct 10.” Two actual sons and a daughter were in attendance at the burial. Do the math. If the soldier was thirty when the war ended in 1865 and didn’t have this child until he was eighty in 1915, said son or daughter would be ONE HUNDRED right now in 2015. Just wrap your head around that for a minute. I wonder how many real sons and daughters are left out there. Can’t be too many.