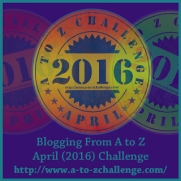 J is for Jefferson Davis 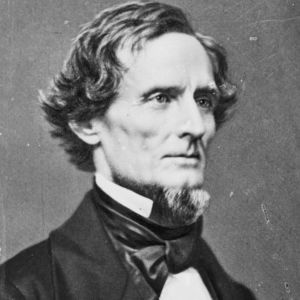 Most everyone knows Jefferson Davis was the President of the Confederate States during the Civil War. Here are some interesting facts you may not know. (photo www.biography.com)

Jefferson Davis served in the U.S. Army for a time. While there, he fell in love with his commander’s daughter, Sarah Taylor, daughter of future president Zachary Taylor.

Ole Zach wouldn’t give them permission to marry for he thought being a wife in an army post was too hard a life for his little girl. Jeff was depressed by the judgment, though he understood Zach’s stance. He traveled south to talk to his brother Joseph Davis about it. Joe had also been in the army and had resigned to move south and start a plantation. The brothers came to the conclusion that being in the army wasn’t such a great life. Jeff made a decision to leave the army. On June 17, 1935, he married Sarah, and on June 30th, he resigned his position.

Jeff and Sarah moved south to help his brother with the plantation. Joe gave Jeff a portion of the land that was covered with briers and bushes. To escape the summer heat, Jeff and Sarah traveled south to the coast to visit his sister in Louisiana. Sarah contracted malaria, yellow fever as it was known at the time, and she died only three months after they were married.

For years following his bride’s death, he was a recluse. He spent his time developing a 1000-acre plantation on his brother’s land and he called it Brierfield. (photo http://mshistorynow.mdah.state.ms.us)

In 1944, he eventually remarried. By this time, his plantation was successful and he had over 100 slaves. He spent the next decade being placed in various offices by the governor of Mississippi. When Mississippi succeeded from the union, Jeff was acting as the state senator. He was very saddened by the news of succession and delivered his farewell address to the Senate and returned to Mississippi. He was soon appointed commander in chief of the Confederate armies, then appointed President. He was not happy about the war. He certainly did not want the job as President.

Upon leaving the Senate, he returned to Brierfield for a short time before moving to Montgomery, Alabama which was the capitol of the Confederacy.

What I find interesting about the story is that when Sherman started his campaign in Vicksburg, MS, he burnt down Hurricane Plantation, Joe’s home. He didn’t burn Brierfield Plantation next door. He used it instead as a supply post for the Union army. Coincidence? I doubt it. Imagine how angry Jeff was after spending his mourning time building it. It was almost a shrine to Sarah. Now it was in the hands of the enemy.

After the Confederates surrendered to the Union in 1865, Jeff was imprisoned as a traitor for a while, but released after two years. He returned to Brierfield but found it unlivable.

Joe had never given Jeff the title to the land, and while Jeff was in jail, Joe had sold Brierfield to their former slaves. After Joe died, the new owners defaulted on the payments. Joe’s grandchildren claimed ownership of the land, but Jeff took them to court and won Brierfield back. For the very first time, after forty years, it was legally his. While he lived in Biloxi at Beauvoir, he tried to make Brierfield profitable again. He was working on the property in the fall of 1889 when he contracted pneumonia. He died a few weeks later.

The house was destroyed by fire in 1931.