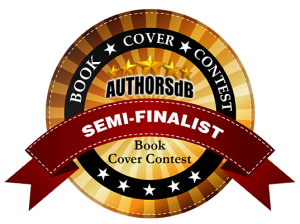 My book “Elly Hays” was named semi-finalist in the 2014 Authorsdb Book Cover Contest! I love this cover best of all my books. It was designed by Elite Book Design and is awesome!!!

The distinction wasn’t for the book itself, only the cover, but check it out anyway. It’s a really, really good story if I do say so myself. It’s the story of my 5th great grandmother during the War of 1812. It has received 14 reviews on Amazon totaling 4.5 stars, and it generally sits in the Top 100 of Native American stories over there, and has for the last year since its release in October 2013. 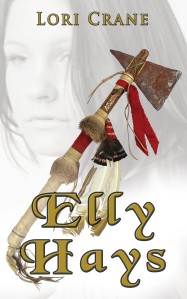 As the War of 1812 approached, the Creek Indian Nation was in the middle of a civil war. They fought brutally between themselves, as well as with the white settlers who were encroaching upon tribal land.

It was during this time Elly’s family moved to the eastern Mississippi Territory for the promise of low-cost land and fertile soil. She had no idea they were moving into Creek territory – into the middle of a hornet’s nest. Tafv’s band of warriors taunted them, stealing their property, killing their animals, and destroying their livelihood. Just when the family thought things couldn’t get any worse, during one of the Indian raids as Elly’s husband chased the Indians away from the farm, Tafv’s young son was killed in the pursuit. Tafv vowed revenge against Elly’s family, and a final showdown was imminent.
.
“Elly Hays” is based on the real-life story of Elizabeth Hays Rodgers and is the epic clash between a fearless warrior with nothing to lose and a young mother on the verge of losing everything.
.