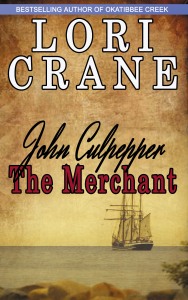 My new release, “John Culpepper the Merchant” is the second book in the Culpepper Saga. It begins in England in 1642 at the onset of the English civil war. The king had been angering his people for his entire reign of seventeen years, and the opening chapter of the book sets the scene. It is one of the catalysts of the war.

The king marched into the room unannounced. He walked through the middle of the active session of Parliament and was greeted with stunned silence. Never before had a monarch entered the House of Commons uninvited, and the nearly two hundred members present froze in place as if someone had painted their portrait, capturing the moment complete with paper strewn across tables, pens held in the air, and faces turned to pose for the painter. The king did not return their shocked gazes.

From his seat at a table in the center of the room, JC watched the king walk past him, easily slipping between the unmoving members of the House. JC’s jaw fell open when the king sat in the speaker’s chair. JC looked back toward the door, wondering how the king had entered the room without warning and saw the king’s sergeant at arms blocking the doorway. Behind the intimidating man stood the king’s soldiers—hundreds of them as far as JC could tell.

After a lengthy and excruciating silence, the king rose from the chair. The knuckles of his right hand turned white as he gripped the ball on top of his walking stick. His left hand remained at his side, balled into a fist.

“Gentlemen!” The king narrowed his eyes as he scrutinized each face. It was obvious he was not going to stay as he had neglected to remove his wide-brimmed hat, which matched his black velvet cloak. Underneath, he wore a red doublet and breeches, almost the same shade as his face. “I am sorry to have this occasion to come unto you, and I apologize for violating your parliamentary privilege.” His beard twitched as he clenched his teeth. “But those guilty of treason have no privilege.”

There was a collective gasp from the room, and a trickle of sweat dripped down JC’s back. Parliament had not been convened for nearly nine years, as the king thought it his royal prerogative to rule the country alone, but after Scotland had invaded the north in retaliation for the king’s religious rulings, he desperately needed money to fund his army. The only body that could legally raise taxes to fund an army was Parliament, so the king was forced to call on it. It denied the king’s request to raise taxes, and instead compiled a list of over two hundred grievances against the king, demanding he address them. The document had been delivered a month ago but Parliament had never received word as to the king’s reaction.

JC had not participated in the writing of the grievances. For the last nineteen years, he had worked in the king’s service, just as his family had done for many kings and many generations. He would never contribute to anything as treasonous as telling the king how to rule. During his service, JC had never seen the king’s demeanor this threatening. This unannounced visit to the House of Commons was not going to end well for someone.

The king lifted his hand and gestured for his sergeant at arms to enter the room.

All heads turned toward the door, and all eyes followed the sergeant as he walked to the middle of the room and unrolled a piece of paper. He held it with both hands in front of his face and turned clockwise as he read aloud. “I am commanded by His Majesty, my master, upon my allegiance that I should come to the House of Commons and request from Mr. Speaker five members of the House of Commons. When these gentlemen are delivered, I am commanded to arrest them in His Majesty’s name for high treason. Their names are Mr. Denzil Hollis, Sir Arthur Haselrig, Mr. John Pym, Mr. William Strode, and Mr. John Hampden.”

The sergeant rolled up the paper and stuffed it back into his breast pocket.

JC witnessed a scowl cross the king’s face while the sergeant read the names. The five men were the authors of the list of grievances.

A man wearing a black cape with a white collar emerged from the crowd and knelt before the king. “Yes, Your Majesty.”

“Mr. Speaker, where are these men we seek? Do you see them in this room?”

Lenthall kept his eyes to the floor. “May it please Your Majesty, I have neither eyes to see nor tongue to speak in this place but only as the House is pleased to direct me, whose servant I am.”

The king stared at the top of Lenthall’s head. Lenthall remained still. No man risked a glance toward another or even dared to breathe for fear of attracting the king’s attention. The king sighed and said, “I see all the birds have flown.”

With a flick of his wrist, the king flipped his long hair off his shoulder and marched past Lenthall, leaving him kneeling in front of his own empty chair. The sergeant at arms followed the king from the room. When the door slammed, everyone exhaled.

“John Culpepper the Merchant” is available in Kindle and paperback at Amazon.

For pictures, paintings, and documents of the people and places in the series, visit the Culpepper Saga Facebook page.

One response to “Saturday Snippet – John Culpepper the Merchant”